Softball was invented in 1887 at a Harvard-Yale Football game, when a man from Yale playfully threw a boxing glove at the Harvard grads after the game was done. A fan from Harvard hit the glove away with a broom handle. The game of indoor baseball or “Softball” commenced as a result. It was considered a perfect way for baseball players to practice during winter months. In the early days, because the ball was soft they didn’t feel the need to use gloves.

A fireman, Lewis Rober, played a very big role in developing the game. He needed something to keep his Minneapolis firemen busy while waiting for fire calls. He marked a field in a lot next to the fire station. The smaller field and softer ball used in the game of softball made meant more offense and action in the field than baseball. Rober decided to limit games to seven innings because this allowed games to be completed in an hour while being active and competitive. Contests between different firehouses began to draw as many as 3,000 spectators. By 1913, the game was officially adopted by the Minneapolis Park Board and was played in parks and on playgrounds all over the city.
http://www.softballperformance.com/softball-history/

Batting- Allowed 3 Strikes to “strike out”, or 4 balls to “walk”

Pitching-
The pitcher must start with two hands on the ball and pitch underhand. To pitch a strike the ball must hit the home plate or the batter must swing and miss. Fouls and foul tips are considered strikes, but you cannot get a batter “out” by a foul. If the batter is hit by the ball or “beaned” the batter will take the base.

Tag out- When a base runner is tagged out by a fielder with the ball in hand/glove.

Force out-When a base runner is out by way of the fielders touching the advancing runner’s base with the ball in hand.
•Can only use the force out when the base runner’s previous base is to be occupied by another runner or when the runner hits the ball and is taking his/her first base. 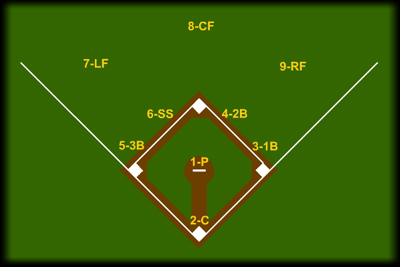 February 16, 2021
Good evening everyone. As you can see I have not been updating my website this year as I am teaching Irvine Virtual Academy(IVA) and only teaching 1 period at Sierra Vista!

Please feel free to surf my website and use any of the exercise videos or wellness tools! If you are a physical education teacher or health teacher and need to consult with me please email me at nealcaldwell@iusd.org!