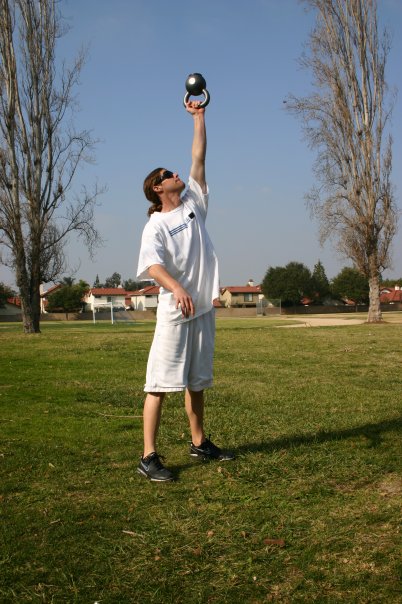 Welcome to the world of Primal Pattern Movements and functional exercise. Please watch each video below and practice each movement using good technique. These movements will be what we use during our Primal Pattern Thursday strength training sessions. Do not worry about using equipment at home. Get on front of a mirror and just focus on practicing the movement using your body weight.

Primal Pattern Movements are used in our every day lives, at work, and in all the sports we play. They are the base for most movements we perform. Each week your son/daughter will be using different equipment such as a swiss ball, body bars, cables, body blade, hurdles, bosu ball, pull-up bar, TRX suspension trainer, TRX ripper, pro fitter cross trainer, medicine ball, reaction ball, kettlebells, and agility ladders to learn all of the 7 Primal Pattern Movements.

Weekly walking, jogging, and sprinting along with the other Primal Pattern Movements will greatly increase their Fitnessgram scores in April. 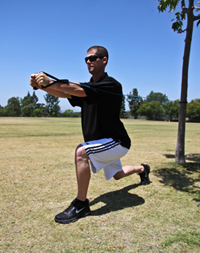 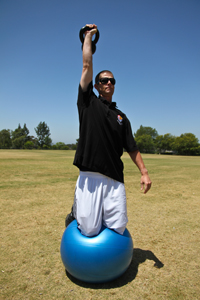 Squat- Early man had to squat to move heavy objects, build shelter and eat. Today, we still have to squat to sit on the toilet or a chair and get in and out of cars. Many of us continue to lift heavy objects on the job or in the gym.

Bend- In order to build shelter, prepare food and lift objects, early man would have used a bend pattern. Today, the bend pattern is most often used by construction workers, nurses, parents (picking up their kids) or golfers (addressing the ball). Like all Primal Pattern Movements, bending is still required in our daily activities. Furthermore, if you can’t do it correctly, your chances of injury escalate.

Lunge- Lunging was an essential Primal Pattern Movement for traversing rough terrain. Today, you can see the lunge pattern used in most sports and even in the work place. An athlete’s failure to lunge correctly while throwing often results in shoulder injuries, due to compensation. In the non-athlete, failure to lunge correctly greatly increases your chances of falling. Falls can cause hip fractures, which are one of the leading causes of death among the elderly. These incidents can often be avoided by mastering the lunge pattern.

Push- Pushing would have been a key pattern in moving heavy objects to build shelter or to clear land and it may have been a successful tactic during fighting. Anyone who has worked on a farm has had to herd animals into pens or shoots, load them onto trucks and occasionally push a sheep, horse, cow or pig. If you’re pushing a loaded trolley that abruptly stops, your pushing and stabilizing muscles had better be coordinated, or you’re likely to injure your back.

Pull- Once downed, a game animal isn’t going to follow you home. Our ancestors would have had to pull heavy loads, like animals, to a safe place. With the development of water craft, rowing was a key movement for some tribes. Today, the pull pattern is seen in many sports and household activities.

Twist- Twisting may well be the most important of all the Primal Pattern Movements because it’s an integral part of most functional activities. Twisting is rarely a pattern in itself but is a catalyst pattern that has great influence on the efficiency of any Primal Pattern Movement. For example, twisting is an essential part of throwing, which was key for hunting and protection. The most common source of back injuries today is a movement that combines twisting and bending. Since twisting movements of the spine are integral to almost every movement performed in a functional environment, it’s safe to say that if you can’t twist correctly, you’re chance of injury greatly increases.

Gait- Walking, jogging and sprinting are variations of what’s technically called gait. Each of us has a walking gait, a jogging gait, and a sprinting gait. As development begins, we generally used the most economical means of hunting and gathering because food wasn’t always readily available. With a kill on his back, early man had to walk home through rough terrain. When it was important to communicate messages over long distances during times of battle or emergency, jogging was often employed, while running from a tiger or enemy may well have required all out sprinting. Today, all but those who are bed or wheelchair bound continue to walk, while a small segment of the population jogs and a smaller segment of the population (mostly athletes) still sprints.

The Last Primal Pattern Movement is called “Gait” which stands for walking, jogging, and sprinting. We will do each of those on Wednesday’s.

Resources
Paul Chek
www.chekinstitute.com
JP Sears
www.holistichealthandfitness.com
*You should all buy How To Eat, Move, and Be Healthy by Paul Chek.